I don't know about you guys, but I've always been somewhat confused by fundamental mixer action. I've always been left unsatisfied by the standard trig identity explanation as one that's a tad too abstract. It has a kind of "it just is" feel about it and that always makes me want to dig deeper.

So my question is, how does a mixer create a carrier frequency and sidebands?

I've answered this question with my own intuition about how mixing works and how sidebands are formed and it would be good to get some feedback from more informed members. I'd also love to hear other peoples intuition as I find this topic very confusing.

An intuitive picture of mixing can be created by understanding musical beat notes.

What is a beat note? If you play two equal amplitude sinewave-like notes slightly out of tune, instead of hearing two notes, you will usually hear something called a beat note or a periodically amplitude modulated note. If one gets out their handy dandy audio spectrum analyzer (or strobe tuner), one will find that the pitch of this new note is no longer at either of the two original note frequencies, but halfway in between.

However if you now plot this new additive waveform on your computer, you might note the phase of the new modulated sinewave changes to the opposite phase between every "hump". But a simple way to get rid of this phase change is to add a large enough sinewave of that new halfway-between center frequency.

Now all you've done is added 3 sinewaves of slightly different frequencies (two equal sidebands and a carrier halfway between them), but a plot show you've ended up with the exact same waveform as an envelope modulated carrier that an AM modulator would create via signal multiplication.

So an assumption that these two different domain representations are the same thing would be reasonable under various conditions (linearity, time-invariance, etc.)

If adding 3 sinusoids gives the same result as multiplying 2 sinusoids, then the inverse should also hold true, and a multiplying mixer should produce a signal with a carrier and two side bands (in an FFT plot of the 3 sinusoids).

Understanding how mixing actually works can be hard to grasp in an intuitive way. This explanation aims to shed some light on how mixing works in a way that doesn’t involve complicated maths. It doesn’t trot out the usual trig identity explanation, which I find falls short of a comprehensive explanation. Instead, the explanation rests on two major insights: an intuitive way of understanding Fourier analysis and the idea of multiplication as a scaling operator that scales the presence of the modulating signal and its effect on the carrier.

Let’s get the multiplication aspect out of the way first, since it’s the easier of the two to understand. Mixing occurs when two signals are multiplied by each other. Not added or subtracted – multiplied, this is very important. Let’s assume the carrier signal in a 1kHz sine wave and the modulating signal is a 100 Hz square wave of 50% duty cycle and is either on or off. If you “add” these two frequencies, you would get energy at the points in the cycle where the modulating signal is zero simply because some value + zero = some value.

This example, where the modulating signal is either on or off, makes it easier to understand the multiplicative effect and indeed many mixers operate using this exact method. However, you can see that the same principal applies when the modulating signal is a sine wave and you have points in the cycle where the amplitude falls to zero. You could say that modulation introduces a rate of change to the carrier and this idea of a changing carrier gives rise to the side bands, as explained below.

Let’s have a look at the product of two sine waves, one at 1kHz and one at 100Hz produced by Maxima: 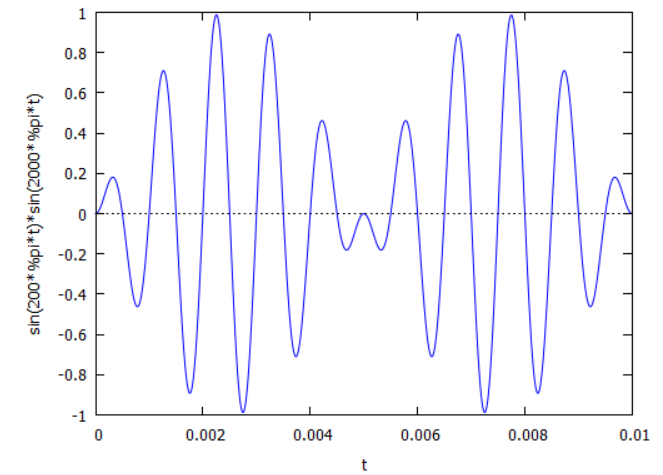 The next thing to understand is a beautifully intuitive way to visualize how Fourier analysis “detects” the presence of energies at specific frequencies. Similar intuition is available at several sources. My favorites are:

In either case, the essential intuition is the idea of spinning the signal at different frequencies and measuring the "balance" of the resulting plot. If the signal is spun at a frequency where energy is present, the correspondence of the spin frequency and the peaks in the signal will skew the plot off-balance.

However, the sideband's are trickier to understand. My intuition is related to the rate of change of the carrier. If you imagine the signal is spun at the carrier frequency as before but now you want to match the rate of increase (or decrease) at every instant as the carrier ramps upwards (or downwards) according to the modulation. Then you will need to spin faster (or slower) to catch that ever rising (or falling) slope and you will understand that the sideband frequency is that frequency that produces a non-destructive increase (or decrease) to the carrier.

The example chosen here is the ideal scenario of multiplying two pure sine waves to simplify the explanation. In reality, a practical mixer will exhibit an exponential or chopping type action. In these cases, the multiplication is inherent to the process alongside many other mathematical terms (power terms) and whilst you get the “multiplying action” described above, you also get other types of signal operations that will produce additional intermodulation products.

I found the discrete case of sampling easier to initially grasp. Imagine you have a sine wave with frequency = 1, that is it completes a full cycle in each unit on the x axis: 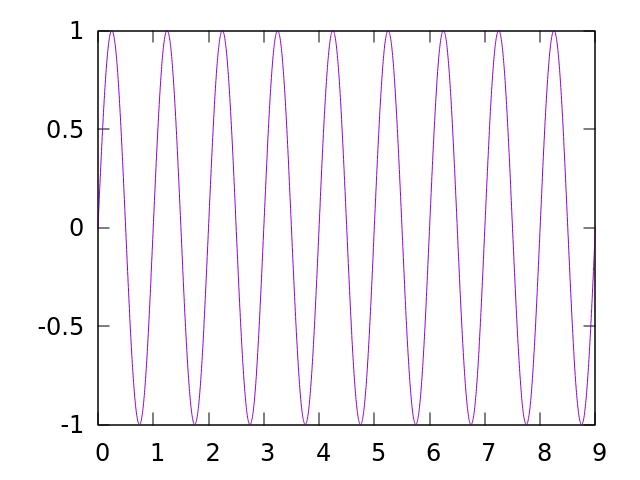 Now if you sample that with frequency = 1 (meaning, on each integer of the x axis), you are sampling at the same phase each time, so you just get a straight line. 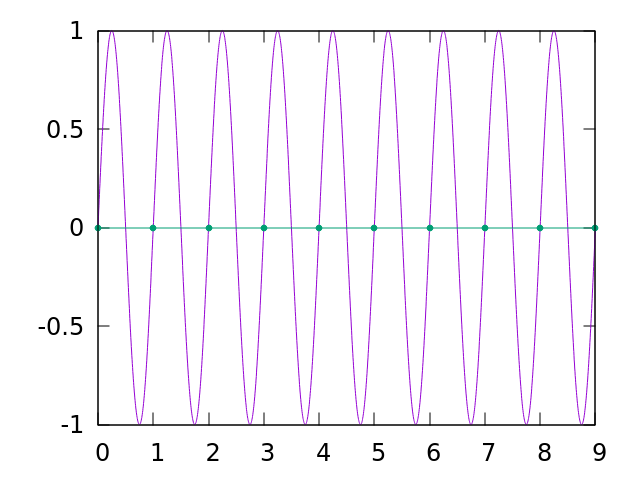 This is because the sampling frequency and signal frequency are equal, so their difference is zero. A frequency of zero is a straight line. 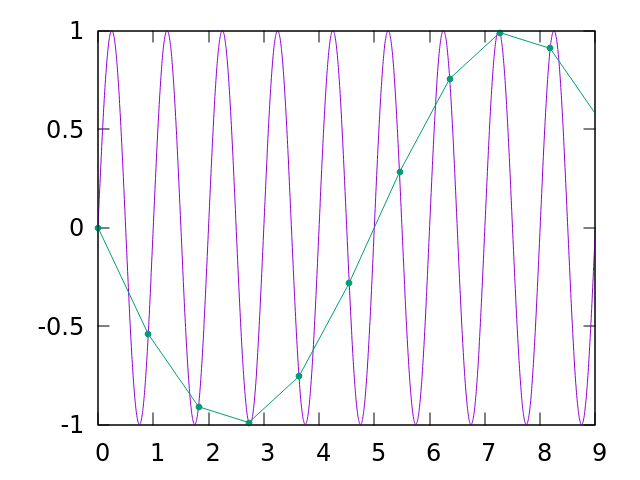 A sine wave with frequency 0.1 appears because the sampling frequency (1.1) minus the signal frequency (1) is 0.1.

One can look at a signal in the time domain and, if it is not a perfect sine wave, Fourier analysis tells us that more than one frequency exists. For instance, a square wave contains the fundamental frequency plus many odd harmonics which can be seen on a spectrum analyzer - a device that effects a Fast Fourier Transform (FFT) on the signal from the time domain to the frequency domain.

Seems to me that mixer products are intuitively obvious when displayed in the frequency domain, i.e. seeing is believing. $25 SDR dongles plus free software running on a PC provide a great visual learning experience about carriers and sidebands from DC to 1+ GHz.

Not the answer you're looking for? Browse other questions tagged mixer or ask your own question.

10
How does a switching mixer multiply the two signals?
3
Building an IQ mixer using an in-phase LO splitter
5
In the context of the mixer in my radio, what does balanced and unbalanced mean?
2
What would a "crystal mixer" have been in an 1960's radio telescope at 960 MHz?
4
How to track down and neutralize this apparent mixer creating noisy emissions around my signal?
5
MF band mixer - feasible parameters