I'm playing around with an RTL-SDR and recently captured some FM spectrum in Hannover, Germany. I want to undersand what's going on, so I've read a lot about FM and its spectra, but I can't completely make sense out of it. 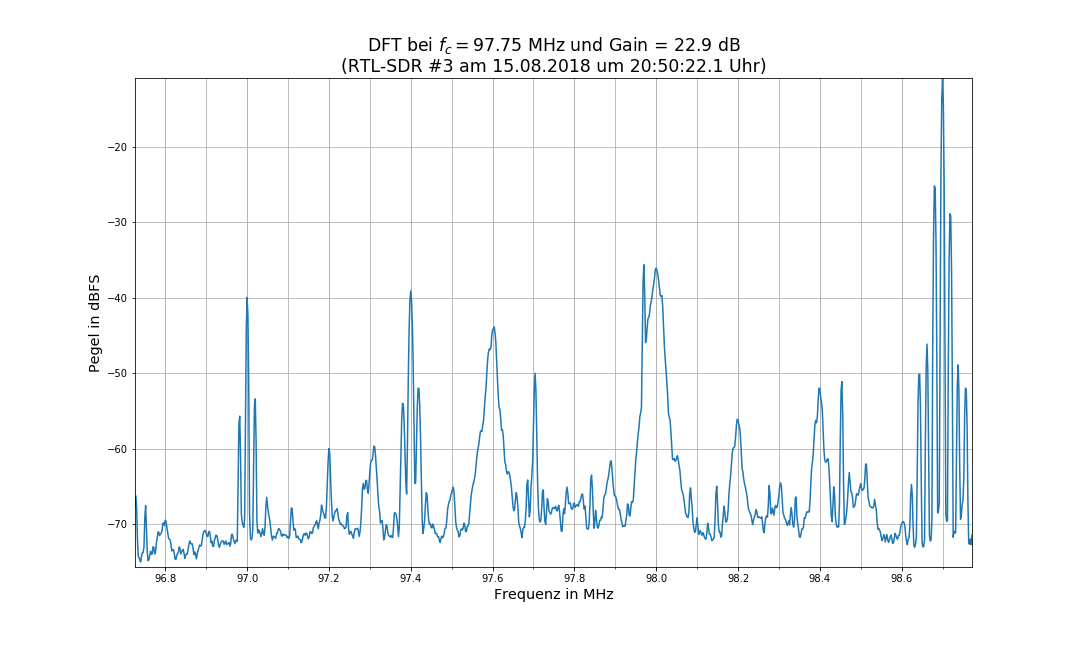 At the moment of taking the samples, the channel at 98.7 MHz must have been silent (at least, the pattern looks like what the real-time spectrum shows me when nobody is talking). It looks like only the stereo pilot tone at 19 kHz is being transmitted at that time. This would make sense with the spacing of the lines, being approximately 20 kHz apart from each other.

However, I'm still confused. As I understand it, the amplitude of the spectral lines should be given by the Bessel function of first order with respect to the modulation index (frequency deviation is 75 kHz). Performing abs(besselj(-4:4,75/19)) in Matlab gives me

This appears to be congruent with the Bessel diagrams I've seen. However, this is not what I see in the spectrum. I've also tried different modulating frequencies, but nothing seems to give those amplitudes. Can anyone point me to why this is?

I've tried to simulate a frequency modulation of the pilot tone and a single tone at 57 kHz (approximating) RDS. However, this only makes things worse, and looks even more different from the recorded spectrum.

It may help to see the display of the demodulated, baseband output spectrum produced by an SDR (below). 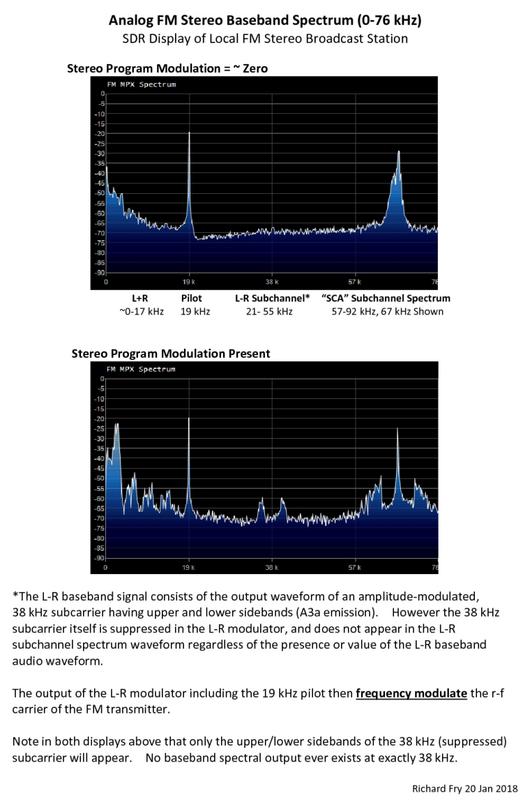 6
How does rpitx generate arbitrary SSB data with a clock peripheral?
3
How do I go about identifying an unknown digital signal?
2
What are the 3 or 5 peaks in an FM broadcast during silence?
1
How to make GRC flowgraph run and stop automatically during some period
0
How can the waterfall still be displayed during transmission
0
Does the specific frequency of a CW tone make a difference to output from a practical SDR?