How do I understand this figure about antenna pattern? [closed]

Want to improve this question? Add details and clarify the problem by editing this post. 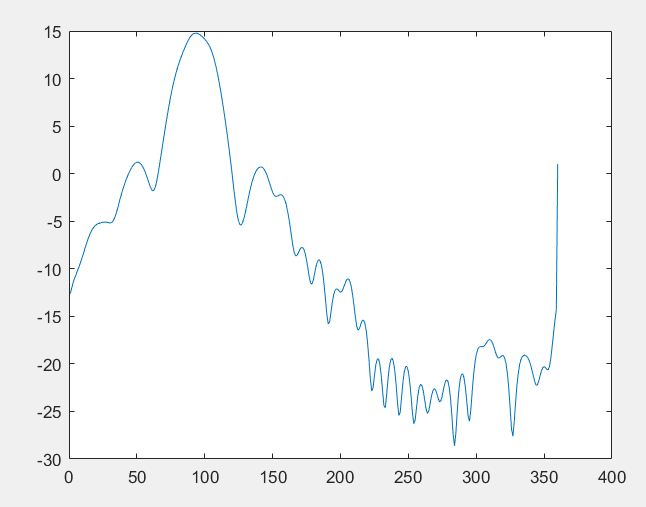 Why the back lobes have such a large area??? I think it may be like https://www.cisco.com/c/dam/en/us/products/collateral/wireless/aironet-antennas-accessories/prod_white_paper0900aecd806a1a3e.doc/_jcr_content/renditions/0900aecd806a1a3e_null_null_null_08_07_07-03.jpg this image on the right side figure. That may look normal.

Yes, you might find this article on Antenna Patterns and their meaning helpful. In it they provide a diagram showing the typical plot as you would see it drawn; you have already linked to substantially the same image in your question:

I think your question is, "why does my data show a 'main lobe' off to the left side; why is the maximum gain centered around 90º instead of at 0º?"

We cannot answer this question, because you have not told us:

You have shown a chart that looks odd if interpreted as a "final" azimuth plan pattern. But:

We cannot tell since you have not given us any context of where this data came from and what it is documented to represent.

Note also in that article:

You can see this at play if you look at their Yagi example diagrams, where the main lobe is recorded at 90º rather than 0º.

Interpreting any plot data depends on metadata, i.e. some sort of annotation/documentation with details about how it was gathered and its relative reference. Without that it's not much more than random numbers.

By the way, here's an example of an elevation pattern from the same article. Because of ground plane effects, the pattern is not so symmetrical: