Input and output impedance of antenna/circuit: theory and measurement methods?

As illustrated in my previous post, I got stuck with the matching circuit between an receiving antenna and my circuit, including a rectifier and sensory circuits. I got confused with input and output impedance of antenna and of the circuit. Please correct me if I'm wrong.

2/ Receiving antenna INPUT impedance: - The impedance seen from the circuit? - In practice it is captured by measuring S11, Smith Chart at 1 port by Vector Network Analyzer?

3/ Circuit INPUT impedance: - The impedance seen from the antenna? - In practice it is captured by measuring S11, Smith Chart at 1 port by Vector Network Analyzer?

I'm sorry if my questions look so silly. But I think maybe somebody get confused like me. So, if you have any idea, please comment. Thank you very much.

It is common convention to represent input and output as dictated by the signal flow (or more strictly current flow). A transmitter emits a signal from its output. Its output has an associated impedance. A receiver processes a signal from its antenna connection. This is therefore an input with an associated impedance. A circuit that connects to an output generally does so through its input and visa versa.

An antenna is capable of receiving RF signals and transmitting RF signals. In the case where it is receiving signals, the antenna is considered the signal source (an output) to the remainder of the circuit such as a receiver or measurement instrument which is the load (an input). In the case where the antenna is transmitting signals, it is regarded as the load (an input) for the transmitter or measurement instrument (an output). 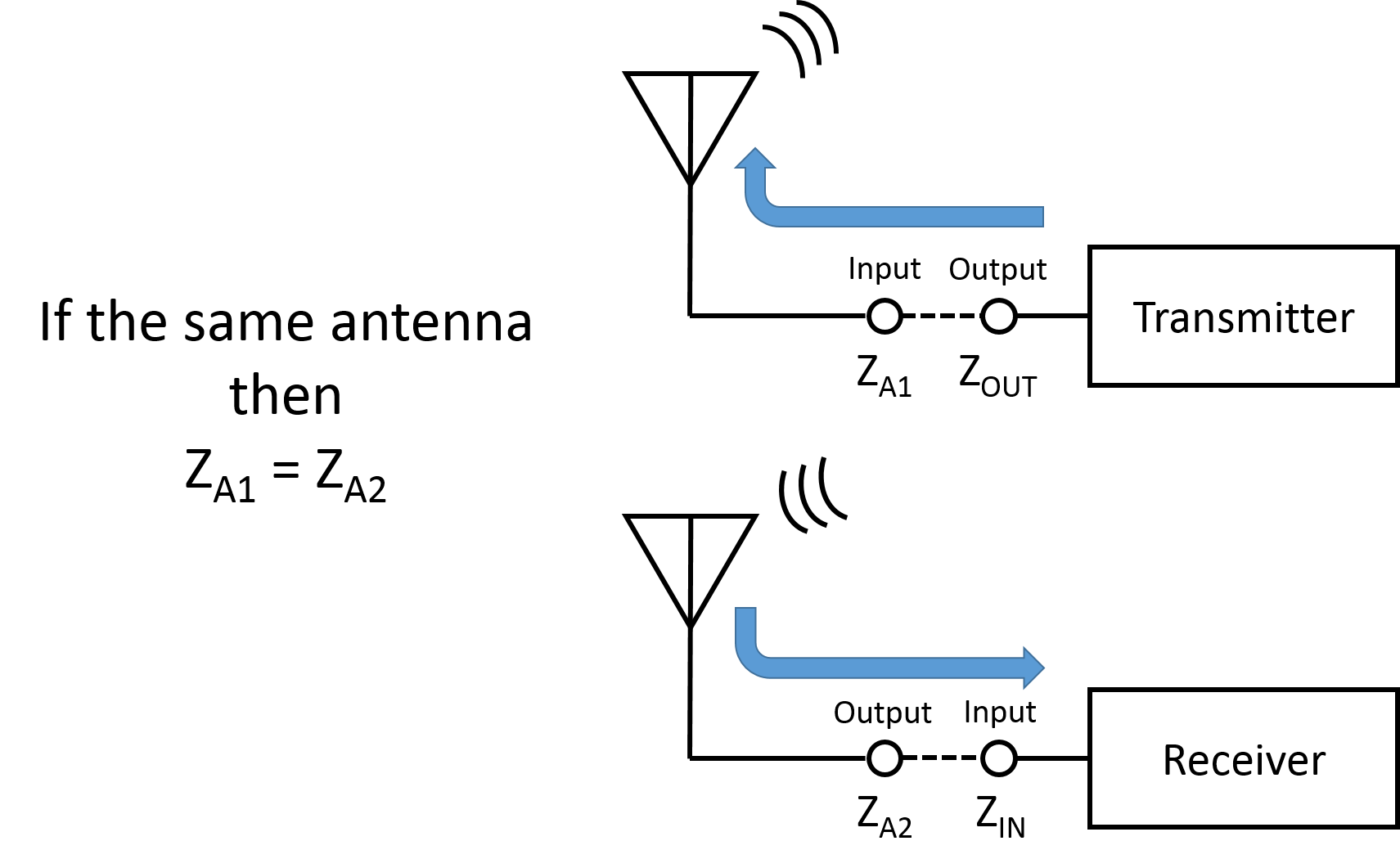 This notion of the specified impedance verses the "actual" input or output impedance becomes burdensome to articulate, so often the shortened term "impedance" is used in favor of the more accurate, albeit verbose, form of "the specified antenna impedance".

Since the antenna feedpoint impedance is the same under transmit and receive conditions, the two port matching network performs the matching function in both use cases. But these matching networks are not lossless. The losses can be asymmetric. The capacitors, inductors, and transformers used in such networks waste power in the form of heat. The design topology and components are generally optimized to minimze these losses.

Once the values of the matching network have been calculated and a prototype built, it would be possible to place this circuit on a VNA and measure the transformation characteristics using a two port technique. But it is often easier to attach the matching circuit to the antenna and measure the input impedance of the remaining open port using a one port measurement and make appropriate adjustments from that point. The one port VNA measurement technique is such an example. Since the goal is to have the input of the network match the specified transmit/receive impedance, a one port measurement directly provides the necessary information.

Not the answer you're looking for? Browse other questions tagged antenna measurement impedance-matching or ask your own question.